Since the conventional robot's rotating joint has a complex structure, is difficult to install and maintain, and is not universal, the new robot is able to rotate freely through 360 degrees by using a conductive slip ring for robots, also called an electric slip ring, which transmits power and the signal. This is done to get around problems with conventional robots.

The Importance of Robots in Modern Industries

The field of industrial robotics is continuing to make strides forward. The rate of automation in industrial processes is increasing all over the world, which frequently helps to optimise the costs associated with those processes. Robots are at the centre of virtually all current production lines in almost every sector of the industrial sector. They are able to handle difficult jobs and can be used in a manner that is both highly efficient and flexible. 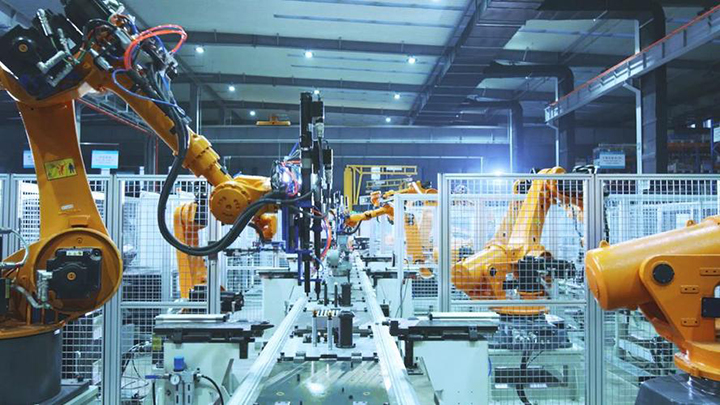 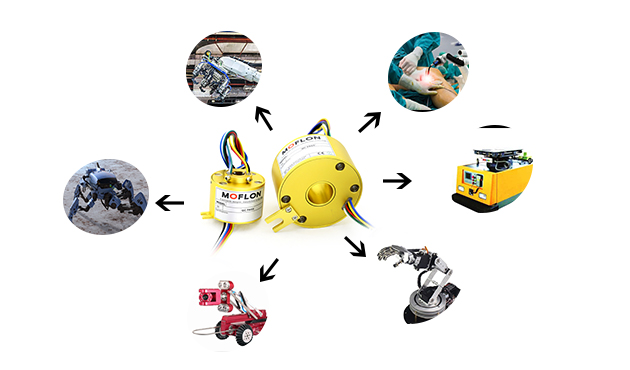 What exactly is a "slip ring?"

The purpose of a slip ring, an electromechanical device, is to transfer energy from a stationary source to a rotating one.

Any electromechanical system that needs to transmit power and/or data through rotation without restriction can benefit from using a slip ring. Potential benefits include enhanced mechanical performance, simplified system operation, and the removal of potentially hazardous loose wiring near moving parts. 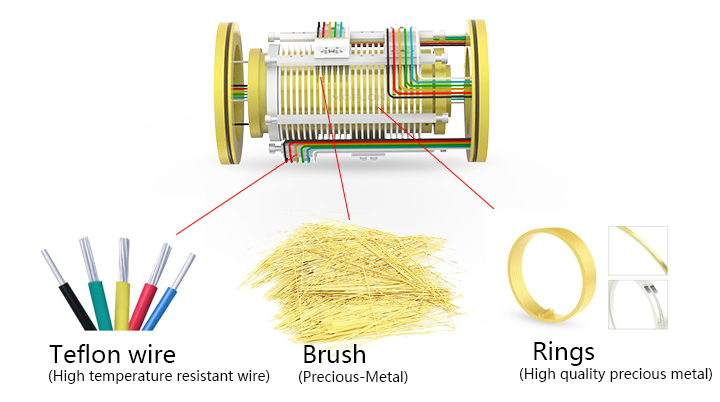 A Diverse Array of Applications for Slip Rings

●The spectrum of applications for robots is now extremely broad in many different domains, and in addition to the traditional transfer of power and data, particular responsibilities have been delegated to the slip ring for channel robots are often made with HD video signal transmission in mind. 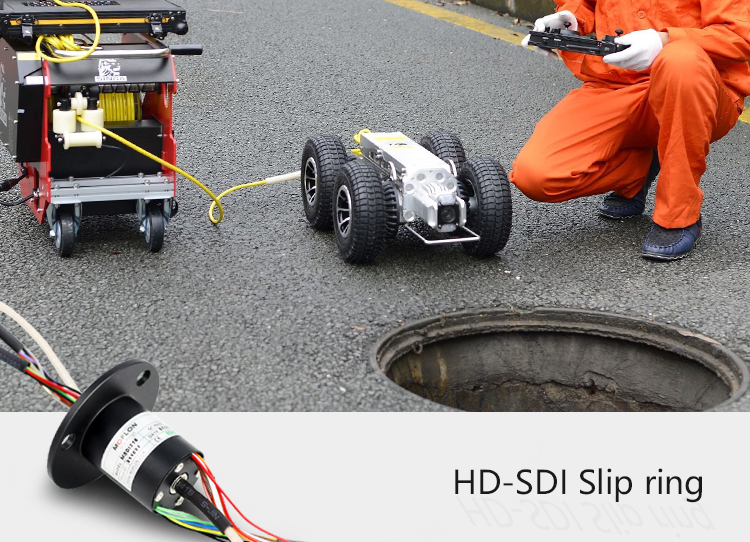 ●Slip rings designed for use in maritime applications are housed in housings that are resistant to saltwater and offer a high level of protection. Even in circumstances with very little available space, reliable transmission can be ensured by utilising miniature slip rings with a housing diameter of only 6 millimetres.

●Slip rings for welding robots are built for greater amperages so that they can transmit all of the necessary power elements for the welding operation. Slip rings with hollow shafts let ropes, cables, and lines for liquids or gases pass through them without getting stuck.

●There are a variety of different requirement profiles that can be mixed in hybrid slip rings. This is possible depending on the needs of the robot technology.

How Does a Slip Ring Work?

Slip rings have a metal ring and a brush contact that makes and breaks the connection between the two. The number of rings and brushes in a machine will vary depending on its intended use and layout.

Brushes can be made of either graphite or phosphor bronze. Phosphor bronze is more durable and has better conductivity than graphite, which is the cheaper option.

The rotor is typically used to hold rings while they spin. And the brush house has been outfitted with its permanent set of brushes.

A conductive metal, such as brass or silver, is used to make the rings. It has a centre shaft that provides insulation but is mounted on a shaft. Insulation in the form of nylon or plastic separates the rings.

Electrical current is carried through the brushes as the rings rotate. Because of this, it establishes a constant link between the rings (rotating system) and brushes (fixed system).

The robot is made up of a basic machine, a controller, a servo system, and a detection sensor. It is an automatic production facility that mimics manual operation, automatic control, and re-programming. The slip ring is used to transmit current and signals in each joint to connect the robot's actions. The high-quality slip ring can make it easier and faster for the robot to pick up signals, so it can do what it's supposed to do better.

The slip ring's automated programming helps to cut down on the amount of manual labour required for operating heavy machinery. In addition to that, it is helpful for boarding the space shuttles. In general, it helps to reduce the amount of work that the crew members have to do.

What Is the Function of a Slip Ring in Robotics?

●Slip ring technology has various uses in the oil and gas industry, according to experts. It has several different applications, including drill control, oil and gas extraction from the ground, and wireless pipe cleaning. Slip ring automation also gets rid of the need for potentially dangerous human involvement. This makes security even better.

●The Cartesian Robot uses slip ring technology to lift and transport big objects or products in any direction. This time-consuming and labor-intensive task can be automated, eliminating the need for additional personnel.

●Correct lateral motion is essential for picking and positioning things. In this situation, the Scara robot with its slide-ring technology is the best automated robot that can be bought.

●Slip ring technology is utilised by industrial robots for the fabrication of silicon wafers.

●Modern factory automation systems use industrial robots to help with a wide range of tasks, such as making products, packaging them, putting labels on them, testing them, and inspecting them.

●With slip ring technology, a polar or spherical robot can be used to handle and care for machine tools like gas welding, arc welding, die casting, plastic injections, paints, and extrusion assemblies.

●The robots employed in the healthcare and pharmaceutical industries make use of slip ring technology. These medical robots are used in surgeries and imaging procedures like CT scans and X-rays where accuracy and reliability are very important.

The Following Are Some of The Advantages of Using Moflon’s Slip Ring for Robots:

●Layout that is adaptable to a variety of machines because of its modular construction.

●Service life is extended to one hundred million rotations.

There's no denying the promising future and tremendous demand of slip ring for robots. Leave a comment if you have any questions concerning the relevance of the examples we used.