With the increasing development of high-speed ball, ball machine manufacturer play all their cards. Concentrate in various efforts of technical performance indicators. Some Small and medium-sized enterprise in order to pursue the "high" indicators conduct false data, bubbly indicators prevalent in some manufacturers. 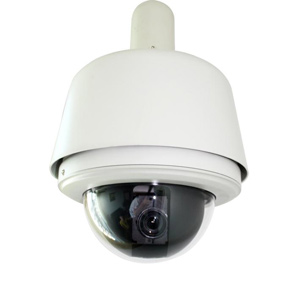 Main components, the basis assurance of the ball machine: high-speed ball as high integrated products, has gradually developed to modular direction, it integrated PTZ system, communication and control systems, camera systems into a ball. The high-speed ball of any manufacture has an integration movement which played a leading role, made up by integrated color camera, control board (with decoder), PTZ motor, electric slip ring and mechanical transmission components, etc. 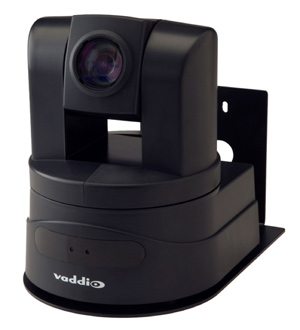 There are several major hardware components of the high-speed ball, first is the motor, and then slip ring, and then the power section and the control board. The drive belt is also very important.

At present, some foreign ball machine manufacturers are also using a DC motor; DC motor runs quieter, relatively stable, longer life. According to manufacturer information, Samsung, Panasonic used the turbine rod drive DC motor structure is compact, large transmission ratio, work stable, solve the contradiction of deceleration gear ratio can not be much, and the worm gear can also achieve accurate small-angle rotation, and can also be self-locking. Sanyo used precision gear set DC motor, and in this way can be an effective solution to the relaxation phenomena of the belt drive, improve the overall performance of the machine.

Slip ring constituted by two rings of different size, one ring is stationary, the other can be rotated. Between the two rings are brushes, control cable, power cord and video cable, into the ball machine and connected to slip ring at one end, rotating ring-side outlet connected to the cameras, motors and decoders, so that the movement within the ball can be 360 degrees horizontally unlimited cruising movement through the brushes rotating, and can achieve 90 degrees vertical auto-flip.

Function features of high-speed ball: 1. High-speed function: requirements preset Speed emphasizes fast, basically reached 50 degrees / s or more, the secondary hand control speed stressed smooth, control sensitive and flexible, can not be too fast, not be stiff, support variable speed. 2. Preset function: must with more than 64 preset positions, at the same time preset position must be accurate, and can memory to the preset position after power. 3. Cruise scan: must be able to set the scanning function of the high-speed cruising between preset positions.

Uniform ball is generally divided into two types, one is the ball PTZ built-in decoder board, and the decoder board with preset function, can not be rotated 360 degrees, this uniform ball actual the external ball PTZ decoder into one built-in decoder board. Another uniform ball used the stepping motor of medium speed ball with a reduction ratio as the PTZ part, generally can be coupled with a Capsule electric slip ring, and can achieve a 360-degree continuous rotation, because motor torque and parameter limits this uniform ball`s speed can not be improved, preset position are not allowed, but the technology is simple, do not need much software support.

Along with society of urban public security monitoring and traffic monitoring attention, high speed dome camera will certainly have a large number of applications, and the slip ring as the main components of the high-speed dome camera, its development prospects are still very optimistic. With the development of camera technology, high-speed ball Capsule slip ring there will be a large area of universal application.