A swivel is a device that allows electric signals and power to be transferred from a stationary point to a rotating structure. It is also known as a swivel, rotating electrical interface, or electrical rotary joint. These rings are applied in wind turbines, motors, alternators and electrical generators to produce alternating currents.

How do Electric Swivels Work?

Electric swivels work by making interrupted electric connections from stationary points to points in the portion of the device that rotates. Anything from CT scan to helicopters makes use of electrical swivels for them to operate. Without electric swivels, our world would be miserable. 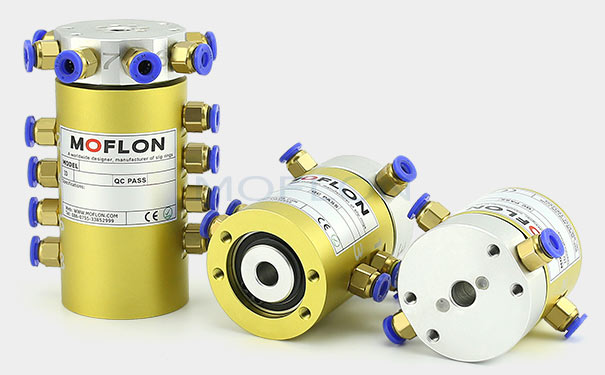 Most swivels are produced from gold, silver or copper – but you need to select a swivel that will fit your needs. But you need to consider various factors before you choose the best slip rings including the size of your machine, the operating environment, and the number of rotations it requires to power. Price is also a crucial factor when choosing your preferred swivel

You need to maintain your swivel regularly for it to give you the desired performance. They require brushes to help them conduct current. Without these brushes, the swivels cannot conduct any current. Brushes are an integral part of any swivel design. Most manufacturers sell these swivels together with the brushes.

There are several types of electrical swivels that are available on the market today. Here are some common swivel types as discussed below:

Mercury- wetted swivels are known because of their stable connection and low resistance. They employ a different principle where they replace the sliding brush with a liquid metal. The maintains the electrical connection between the rotating and stationary points. However, the use of liquid mercury is highly discouraged because of the safety risks it poses.

Mercury is a toxic substance that can have devastating effects on the health of consumers.

Therefore this type of swivel cannot be applied in food manufacturing or processing types of equipment.

A pancake swivel has its conductors arranged on a flat disc centred on a rotating shaft. It has higher volume and weight compared to same circuits, greater crosstalk and capacitance, and collects more debris on its vertical axis. However, it provides decreased axial length for various circuits, and hence may be suitable

Wireless swivels work on a different principle because they do not depend on the friction produced by carbon brush and metal contact, a concept that has been applied since slip rings were invented. They are as an upgrade from the traditional swivels. They are advantageous because they require less upkeep and

maintenance. However, the amount of power that can be transferred through them is minimal compared to traditional swivels.

A swivel assembly contains brushes blocks that are perfectly matched and are usually purchased as a set of brush and ring. The brushes contain graphite/ carbon-containing mountings of electrical components that connect to the system that is rotating. This article has provided information about different types of swivels that readers wanted to know.